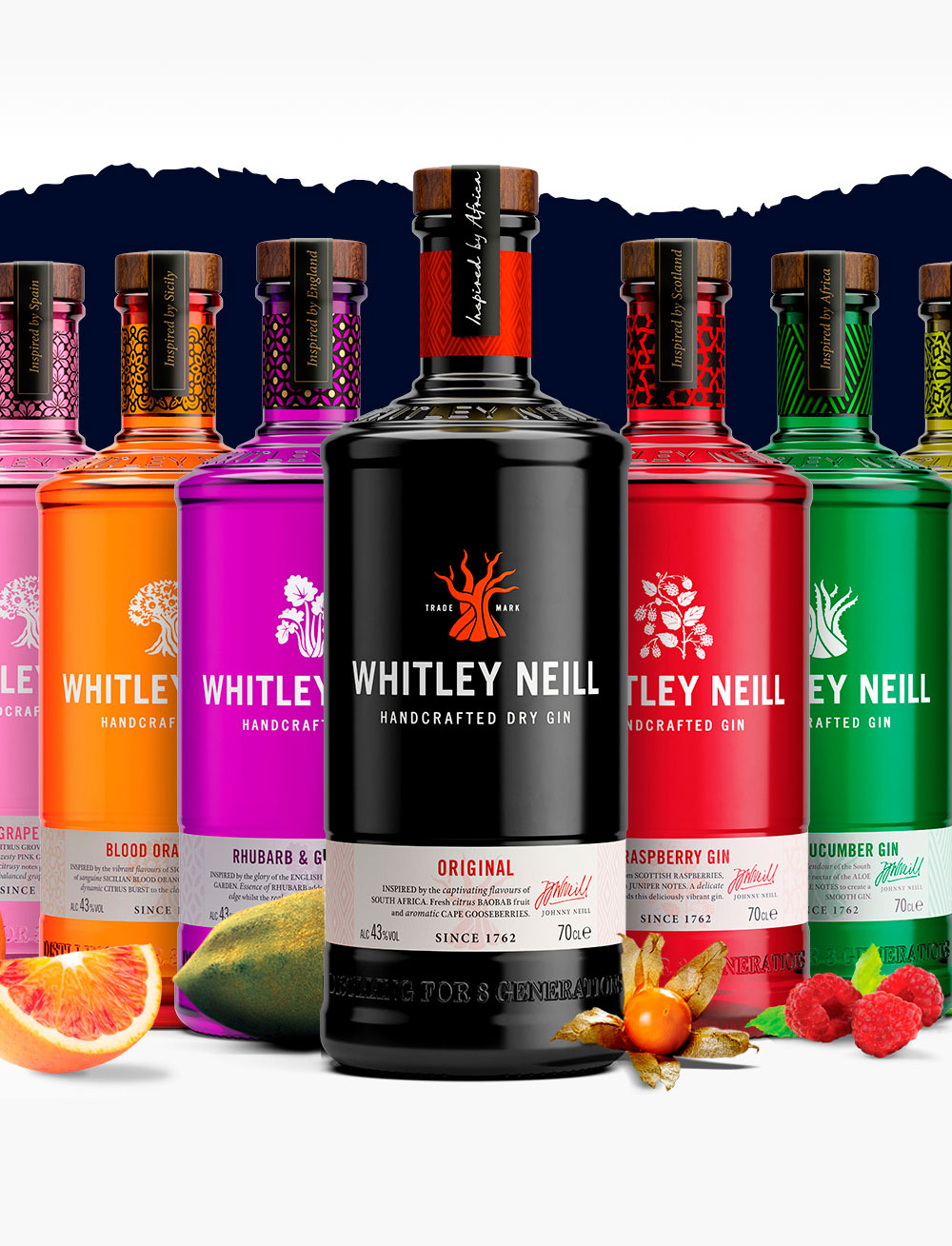 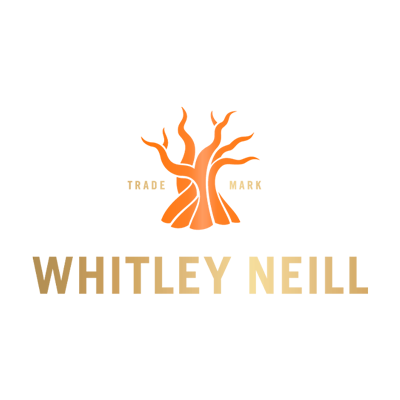 Whitley Neill is an innovator in spirits. Since 1762, we have been producing premium craft gin, constantly improving the recipe and technology, and inviting our daring guests to discover exceptional combinations of flavors carefully selected in different parts of the world. WHITLEY NEILL gin has three key elements: Tradition - Innovation - Discovery. We want to be the most recognizable premium gin brand in the world, promote English traditions and our own USP, become market leaders, constantly generate new ideas and improve the gin category.

Johnny Neill is a direct 8th generation descendant. His first experience with gin was when he discovered a collection of bottles under the stairs in his grandmother's house. Curious, he was eager to learn more about this mysterious liquid that the family had been distilling since 1762. But let’s learn more from Johnny Neill himself how his journey of making the family alcoholic beverage began: “My passion for gin and its complex distillation process began; and under the expert guidance of my grandmother, I learned how by simply mixing the CRISPY sharpness of JUNIPER BERRIES with a variety of other flavors and aromas, the taste can change dramatically.

And for me it was the most attractive. I was like an alchemist, and from that moment I was prompted to create a mixture of gin that would capture the PASSION of my family and something completely more EXOTIC, Mysterious and MYSTERIOUS. I have distilled the tart fruit pulp for a distinctive citrus flavor that is unlike any other. And to reflect the role that the Baobab tree played in the creation of WHITLEY NEILL, I decided to make its characteristic silhouette with roots a symbol of our brand. My next botanical plant was Physalis Peruviana, or Cape Gooseberry as it is called in South Africa. These aromatic, bittersweet berries give the aroma a whole new DIMENSION.

Then I took 6 other carefully selected botanicals to create my SECRET RECIPE, but that's a completely different story ... ”. Whitley Neil is made from 100% grain alcohol that is soaked with plant matter before distillation in a beautiful antique copper pot, still called Constance, which is over 100 years old.

Only the purest water is used, and each of the nine botanicals are carefully selected to ensure the highest quality. Whitley Neill's slogan "Made from the tree of life" is significant for describing what kind of plant matter they might be. Combining a blend of innovative botanicals such as Cape Gooseberries and Baobabs in its line, it also contains other more traditional botanicals such as juniper, coriander, lemon and orange peel, angelica root, cassia bark and orris root. The slogan also gives its hints to the attitude adopted by creator Johnny Neill as it reflects his fresh perspective on the 21st century, while also referring to the legacy of the gin and the London gin distillation experience used at the distillery. 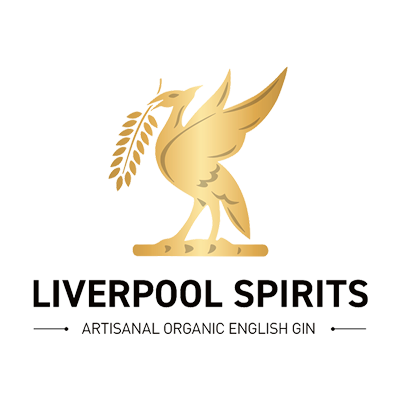 Imagine Liverpool in 1790. By the time trade was rippling, commodities such as rum, whiskey, tobacco, sugarcane, cotton and spices were arriving from the New World to the ruined docks and shipyards of Britain's thriving port cities. It is here in Liverpool, the world's largest port and the heart of the British shipping empire, that the Bankhall distillery originated. A distillery that has become as integral to the city as the clatter of hooves and the screams of the Irish echoed from the towering masts of the ships that crowded the docks. It is this rich tapestry of sights, sounds and scents of the past that makes up every drop of Liverpool Gin we make today.

Crafted just around the corner from the original Bankhall distillery, using the finest botanicals, handcrafted in a copper pot and topped with the timeless emblem of a fairy bird. Robert Preston began making gin, which we today consider to be the Liverpool style of gin. A variety of herbal products entering the Liverpool Docks included those that were not common in London-style gins. Botanical plants came from all over the world, including the USA, Canada and South America. The flavor profile of Liverpool Gin has an emphasis on cardamom with an added balance of sweetness and spice on the palate. Liverpool-style gin emerged from the unique plants entering the docks and became part of the city's identity.

All of the botanicals used in the production of Liverpool Gin are organic, just like our base alcohol. In addition to our bespoke bottle, our organic status ensures that we stand shoulder above the competition in the Super Premium category. We use organic base alcohol sourced from wheat. Base alcohol is critical to providing the perfect canvas of herbal ingredients, as well as how the gin complements the mixed drink. The wheat base helps to give a crispy profile to the Liverpool Gin. If we were using alcohol derived from barley, the gin would have a longer and sweeter aftertaste that would blunt the citrusy and spicy notes we strive for in Liverpool Gin.

Liverpool Gin is a premium organic gin made with only certified organic botanicals. Crystalline in appearance and juicy in body, Liverpool Gin produces an intense juniper and complex, well-balanced botanical flavor over a rich grain note with a bright citrus aftertaste. Liverpool Gin is handcrafted in limited, numbered batches so we know not only the source, but also the destination of each individual bottle. 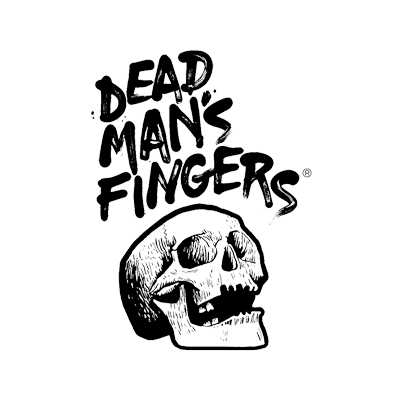 Spiced rum was born at Rum and Crab Shack, a famous seafood establishment in St Ives, Cornwall, and feeling appropriately freed from the tyranny of convention. We have abandoned the old tradition in favor of new flavors; Unusual flavors such as Cornish saffron cake and Pedro Jimenez ice cream have been encouraged to be up close and personal with nutmeg, vanilla and a touch of orange.

The result is a unique spiced rum that not only sips deliciously, but also pairs well with others - that subtle orange back note makes it the best mixer for a wider variety of cocktails. One of the most popular dishes on the Hut's menu is crab (damn it's delicious). The long, finger-like gills inside the crab are called "dead man's fingers" because folklore says that if you eat them, you will die. (You don't, they just taste disgusting, so they remove them and throw them away.)

It had nothing to do with pirates or the Caribbean as is usually the case with rum (yawn). In fact, Dead Man's Fingers as a name was so wrong - it was right. So this is us. A strange name, a skull on a bottle (supposedly the last person to eat a dead man's fingers) and a delicious rum inspired by the scents that make us happy. Where Dead Man's Fingers Spiced Rum blended with exotic spices to create a unique and distinctive flavor profile. Those familiar with saffron cake will surely find a hint of this next to the notes of Pedro Jimenez's ice cream. Then comes a whisper of creamy caramel, followed by vanilla, cinnamon, nutmeg and, of course, those subtly sweet hints of orange. Some even found notes of pineapple, dried raisins and a pinch of black pepper - but we think they're just showing off. Suitable for a vegan diet.

If you love the tropical scent of coconuts, then you'll love this variation of Dead Man's Fingers Coconut Rum. Discover elements of juicy mango, raisins, liquid caramel, coconut ice (of course), and a touch of citrusy lime zest. Balance is achieved with a light aroma of vanilla and a pinch of cloves. We say, "Yes, please." Suitable for a vegan diet. Not a single gold medal. Not two. But four gold medals in "Masters of Rum and Kashasa 2020"; one by one for Dead Man's fingers, flavored with spices, Hemp, Coffee and Coconut Rum. The pineapple was too new to be introduced, but we expect big things next year because it tastes good too. So, there are many people we would like to thank ...

Our new spanking distillery opens in Bristol. We create Dead Man's Fingers Rum on site, serving delicious food and you can take a guided tour of the distillery where you will learn how to create your own rum. This will be the epicenter of taste - see you there. We were on hand to help revelers get into the spirit of the carnival. Dead Man's Fingers hemp rum cocktails were served and everyone had a great time. We sang, danced and had fun with the thousands of partygoers who visited Ladbroke Grove - can't wait until next year. 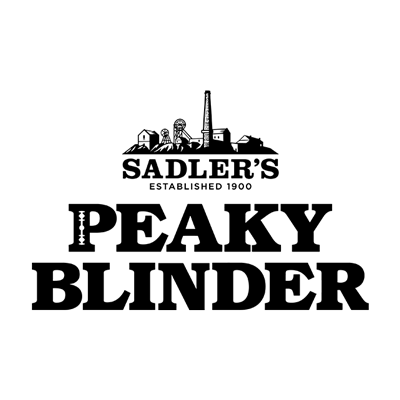 Fifth generation of family brewing, dating back to 1861. Now operated by Chris Sadler. Located in the heart of England's famous Black Country industrial area, famous for its coal mines, foundries and factories during the Industrial Revolution.

Sadler's not only believe in craftsmanship, but also hard work to remain a supplier of craft beer and spirits for generations.
Peaky Blinders is a gang of criminals that formed in response to the rapid industrialization and economic difficulties in England, which led to the development of a violent youth subculture, especially around Birmingham in the late 19th century.

The gang members were known for their style of clothing, which included formal jackets, cuffed coats, leather boots and - best known - visor caps. The name comes from their habit of stitching razor blades into the visors of their caps, which could then be used as weapons. The gang has become popular in recent years thanks to the famous BBC television series, which takes place in the 1920s. Chris Sadler is directly related to the famous leader of the gang Billy Kimber. Members of the Peaky Blinders gang regularly visited Sadler's pubs and establishments during those days.